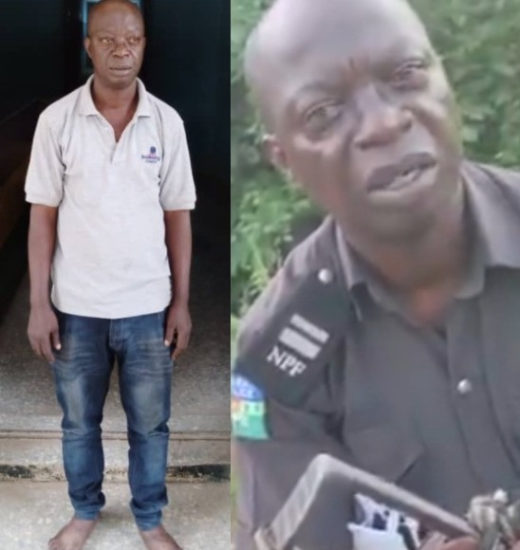 The Nigeria Police Force has arrested the bribe-seeking police officer seen in a viral video that was shared on Saturday, May 1.

The video showed the officer asking for a bribe from a man who he stopped for driving without a tint permit.

In a tweet posted on its handle, the Policecomplaint unit said the erring officer has been arrested.

”The officer who was seen in this viral video behaving in an unprofessional and corrupt manner, has been identified, arrested, disarmed and detained for further investigation and disciplinary action. Ekiti PPRO.”

There has been no response to "UPDATE: Policeman arrested for seeking bribe from driver"