BREAKING NEWS: Lyta’s Baby mama continues to drag him as she goes on a long rant about him not contributing financially 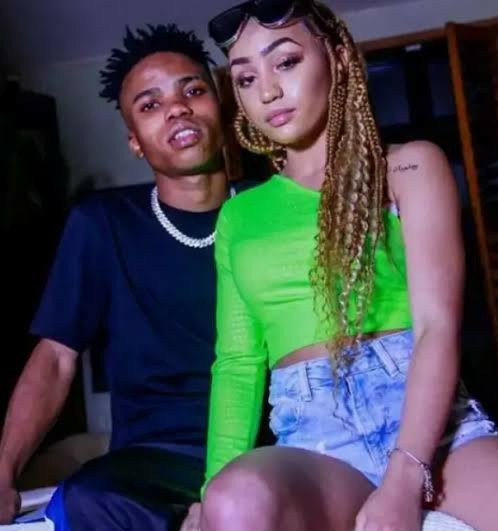 Kemi Ayorinde, who has a son with Nigerian singer Lyta, is not done dragging him.

She took to her Instagram Stories to claim that he doesn’t contribute financially to the upkeep of their son, who is just a few months old.

She initially wrote a letter to her future husband and used the opportunity to drag Lyta into it.

She alleged that he couldn’t afford 13K for balloons for their son’s upcoming 4th birthday. 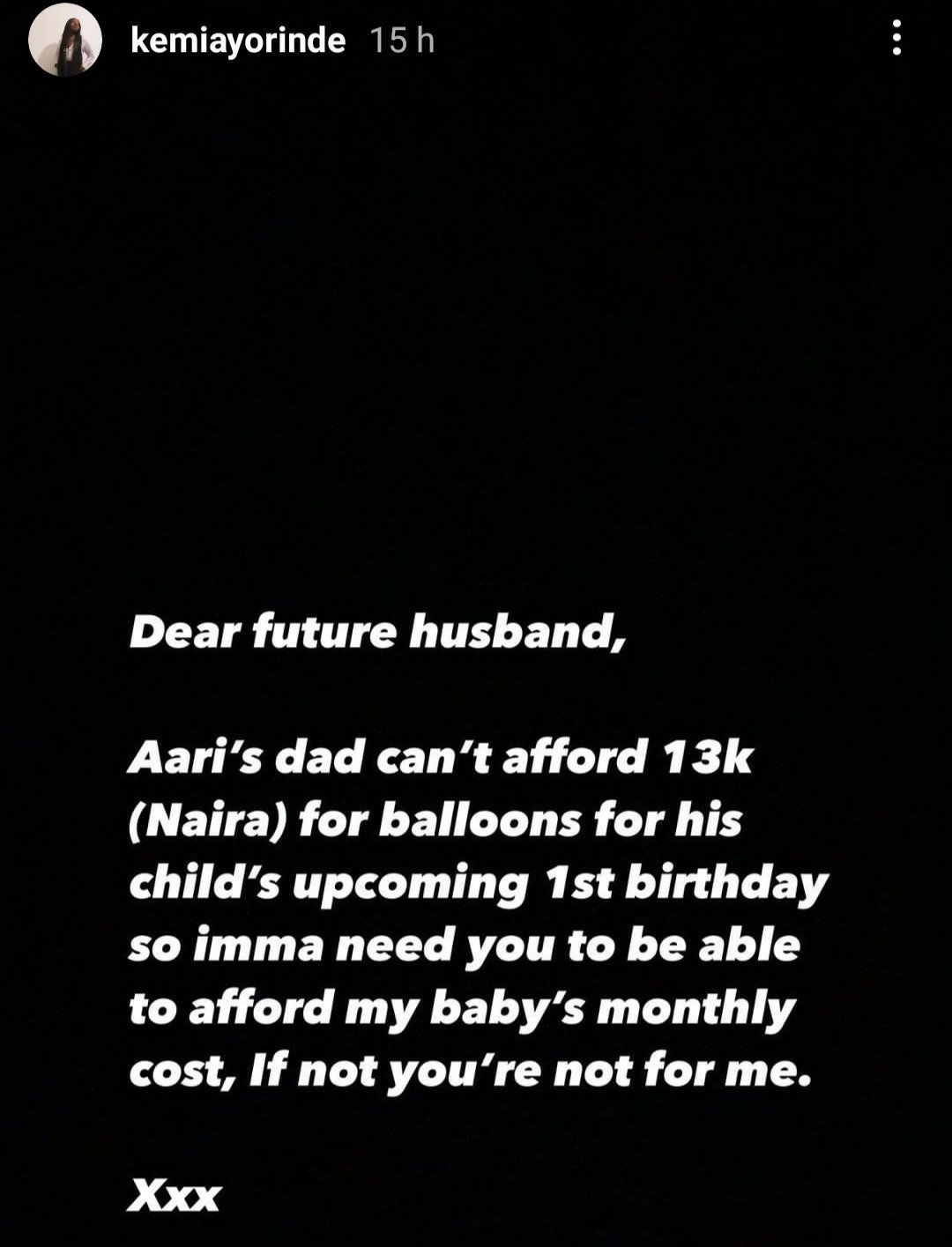 The post went viral and she did an update, saying that she just asked him to pay for the balloons so that he can feel involved in his child’s life in the littlest way. Yet he couldn’t pay, she alleged.

She added that she’s been the one spending since she was pregnant to the point that she went through a “financial breakdown”.

She said she’s stable financially now but will never date a broke man again because in most of her relationships, she’s been the “money maker”.

Lyta, 22, whose real name is Opeyemi Babatunde Rahim, has not reacted to her posts.

See her posts below. 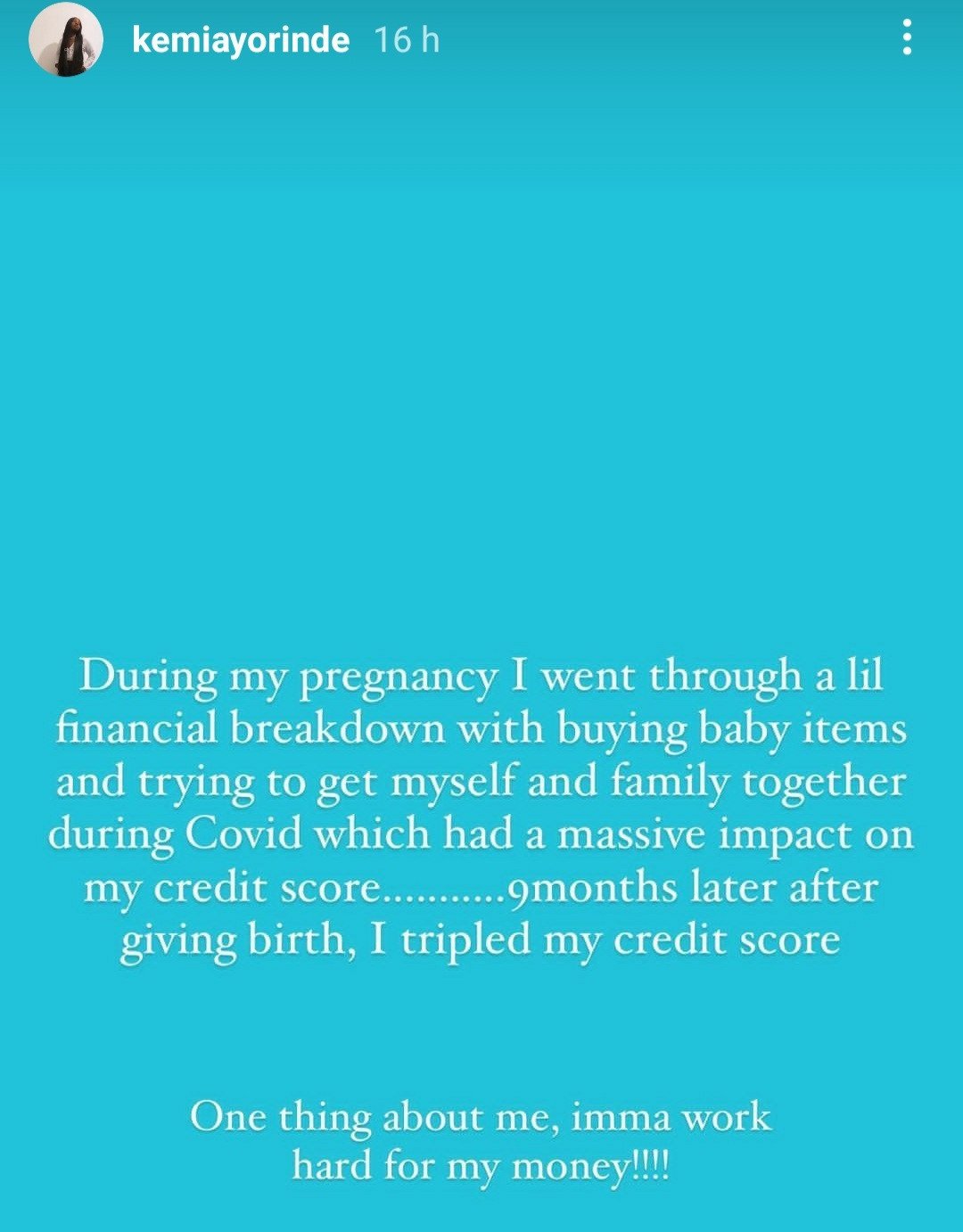 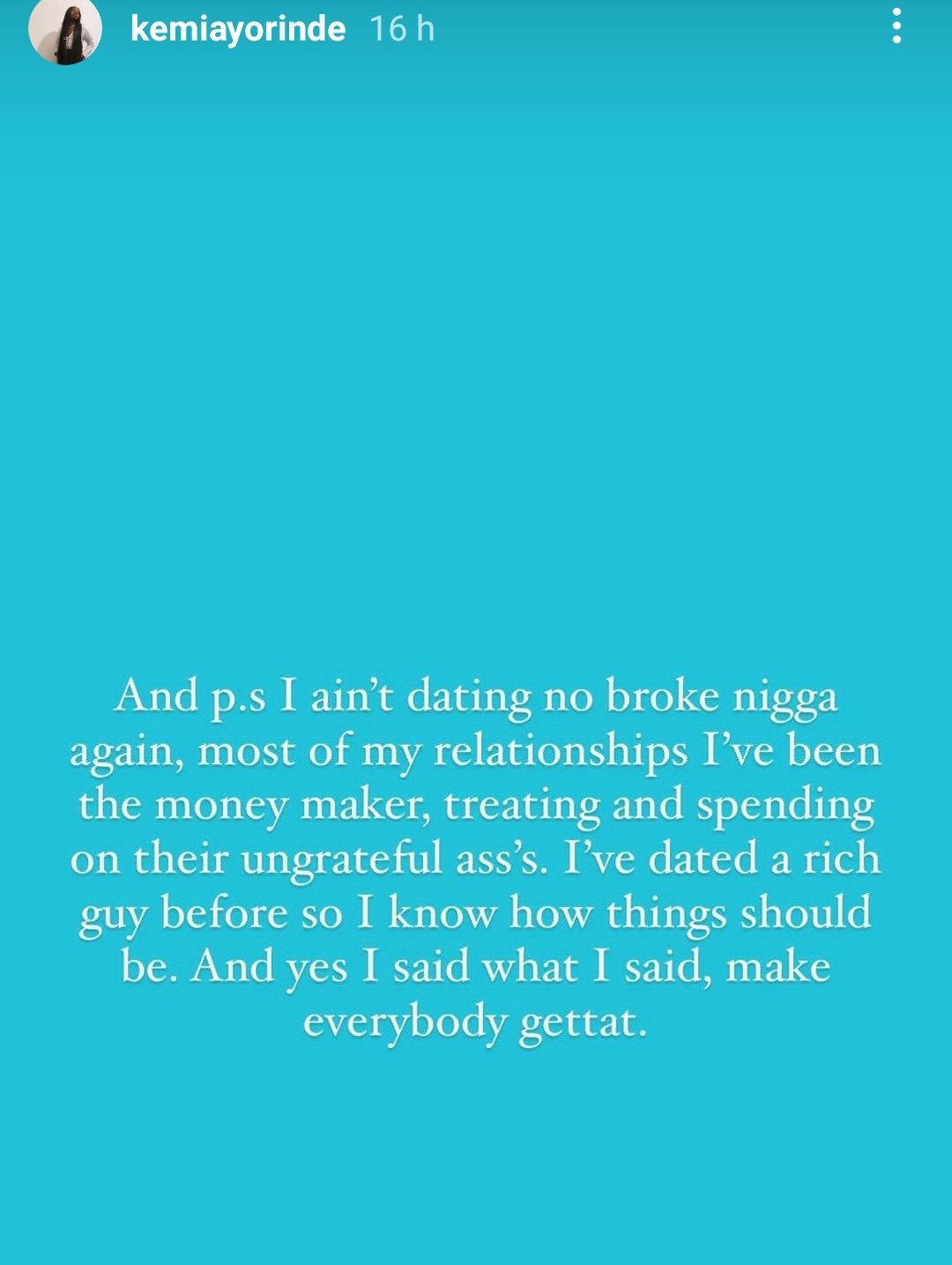 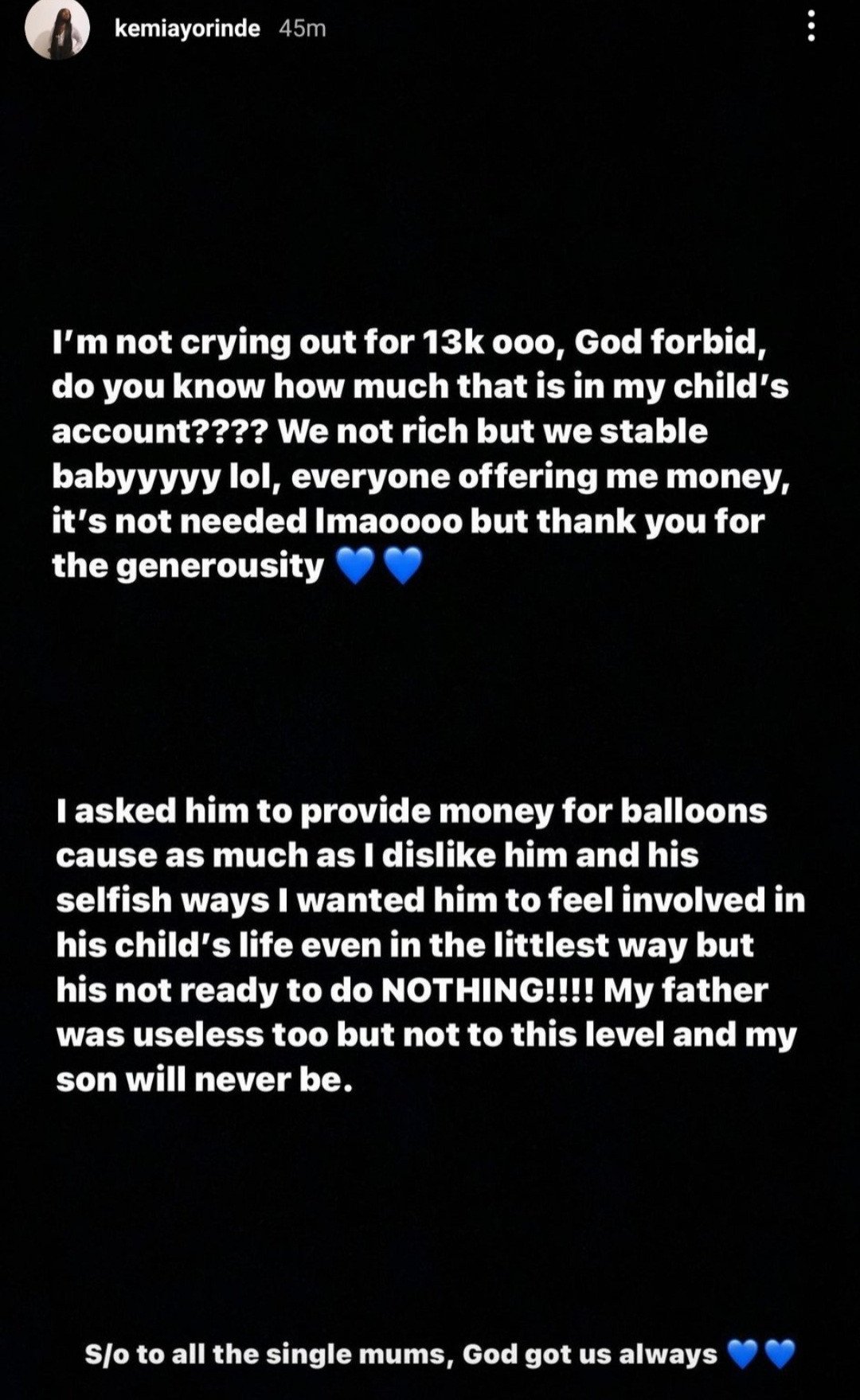 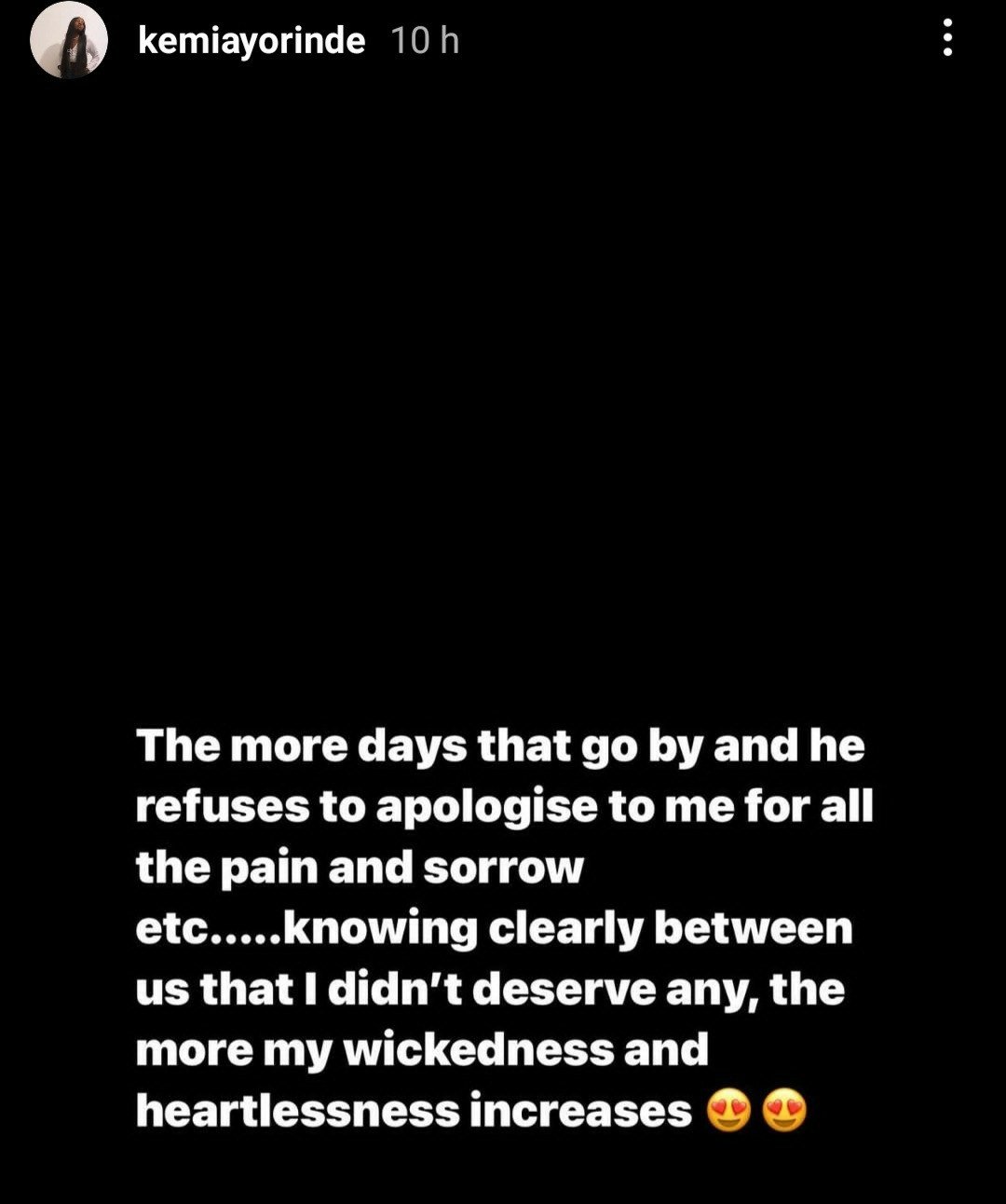 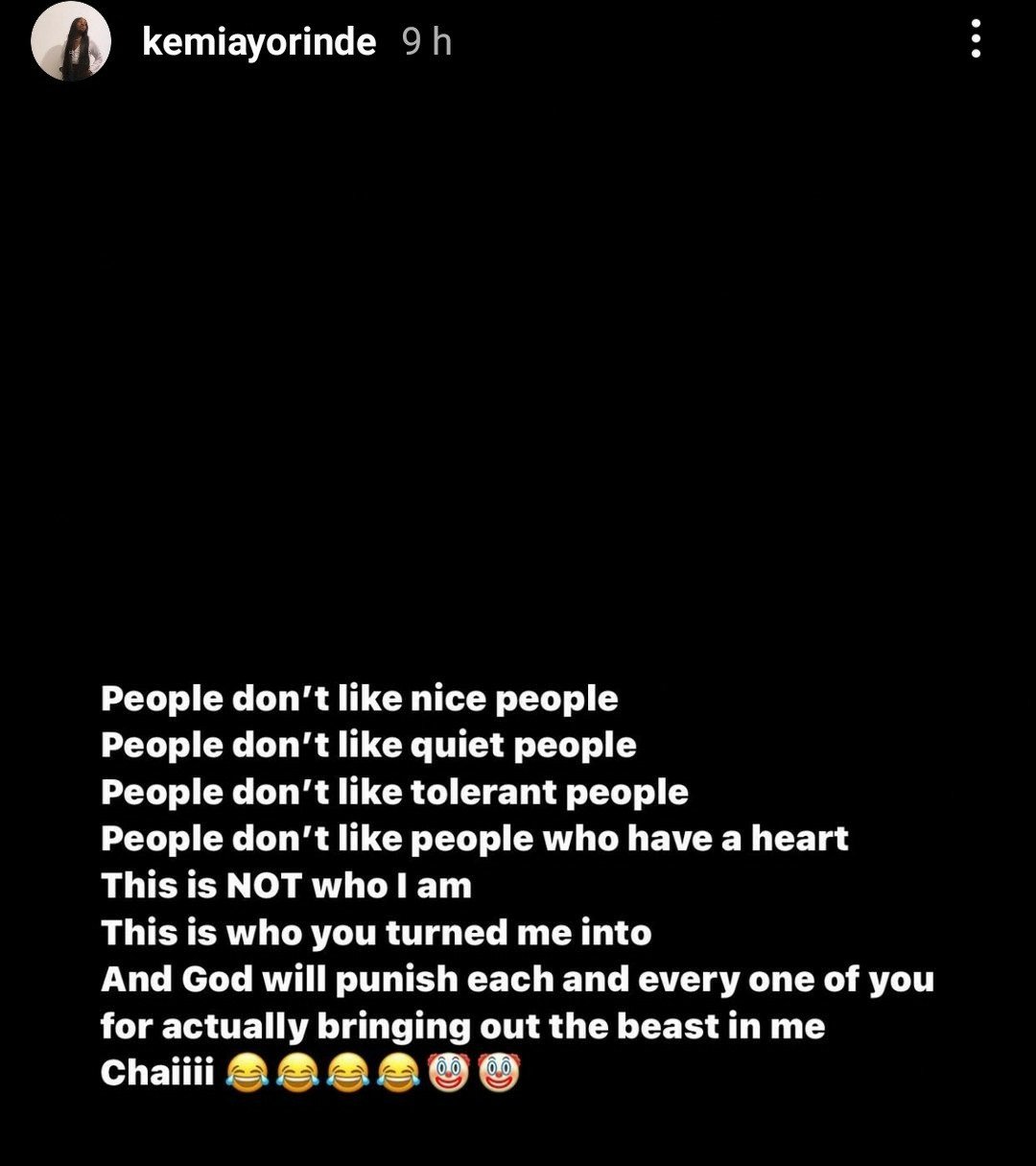 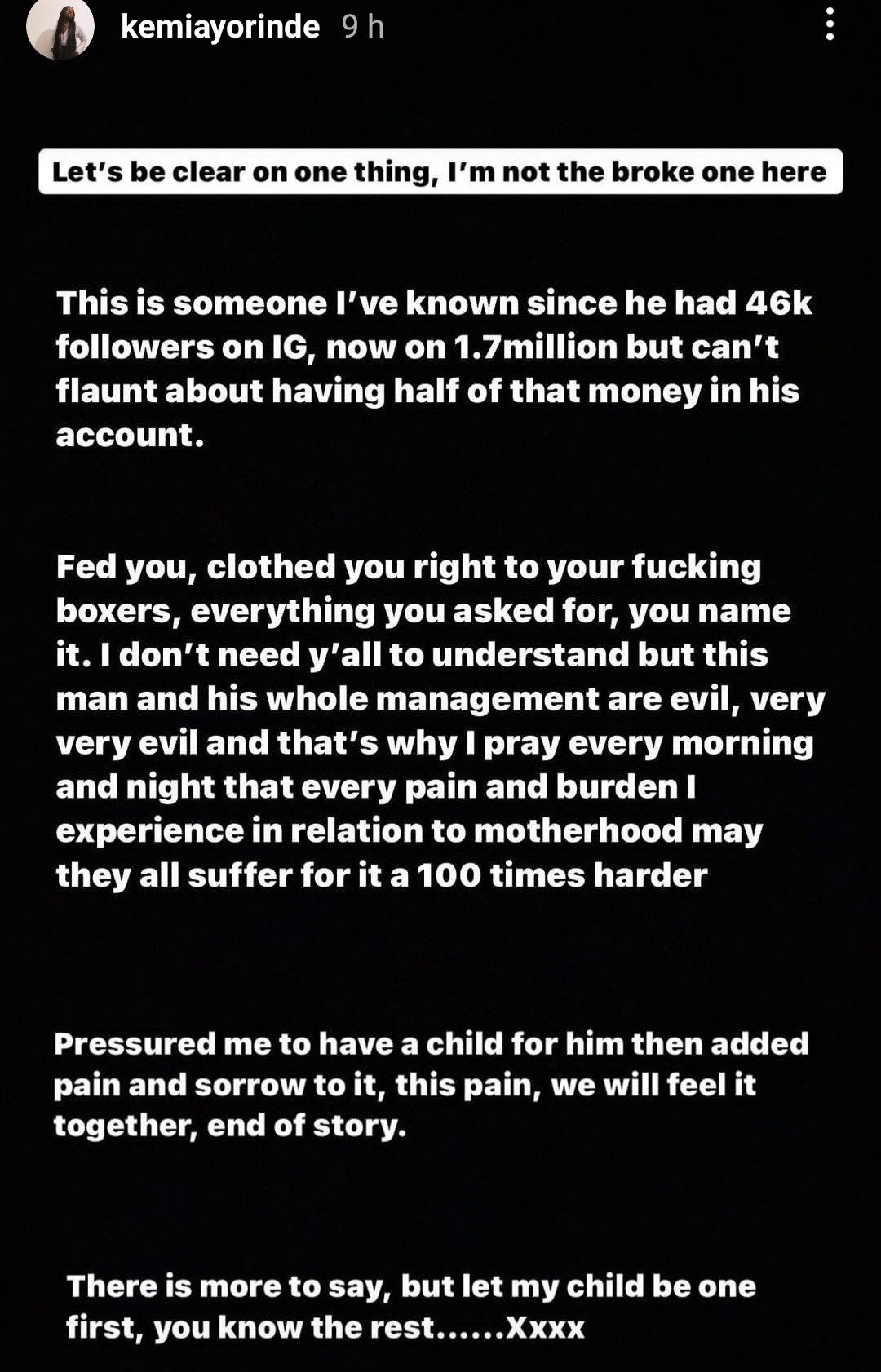 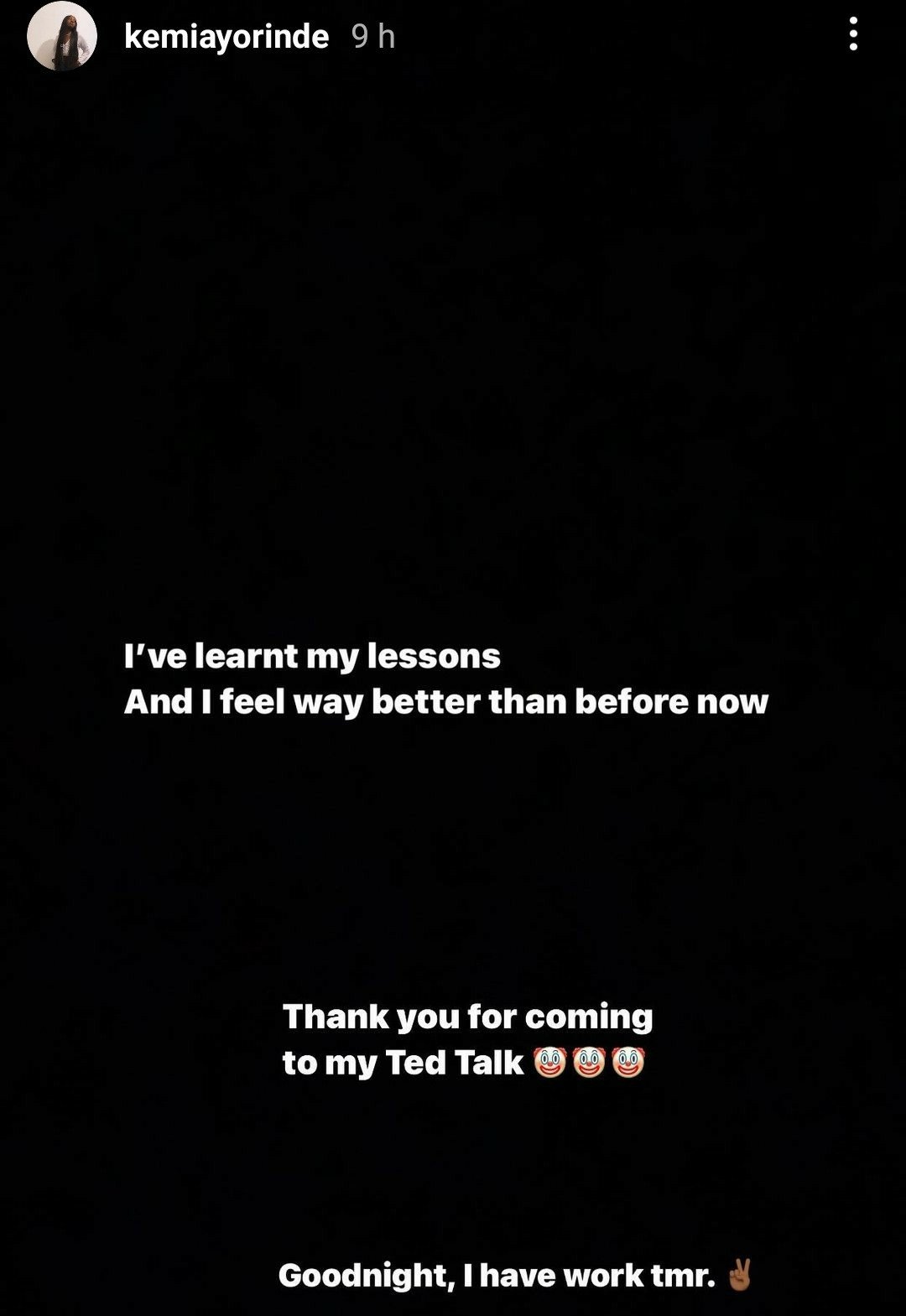 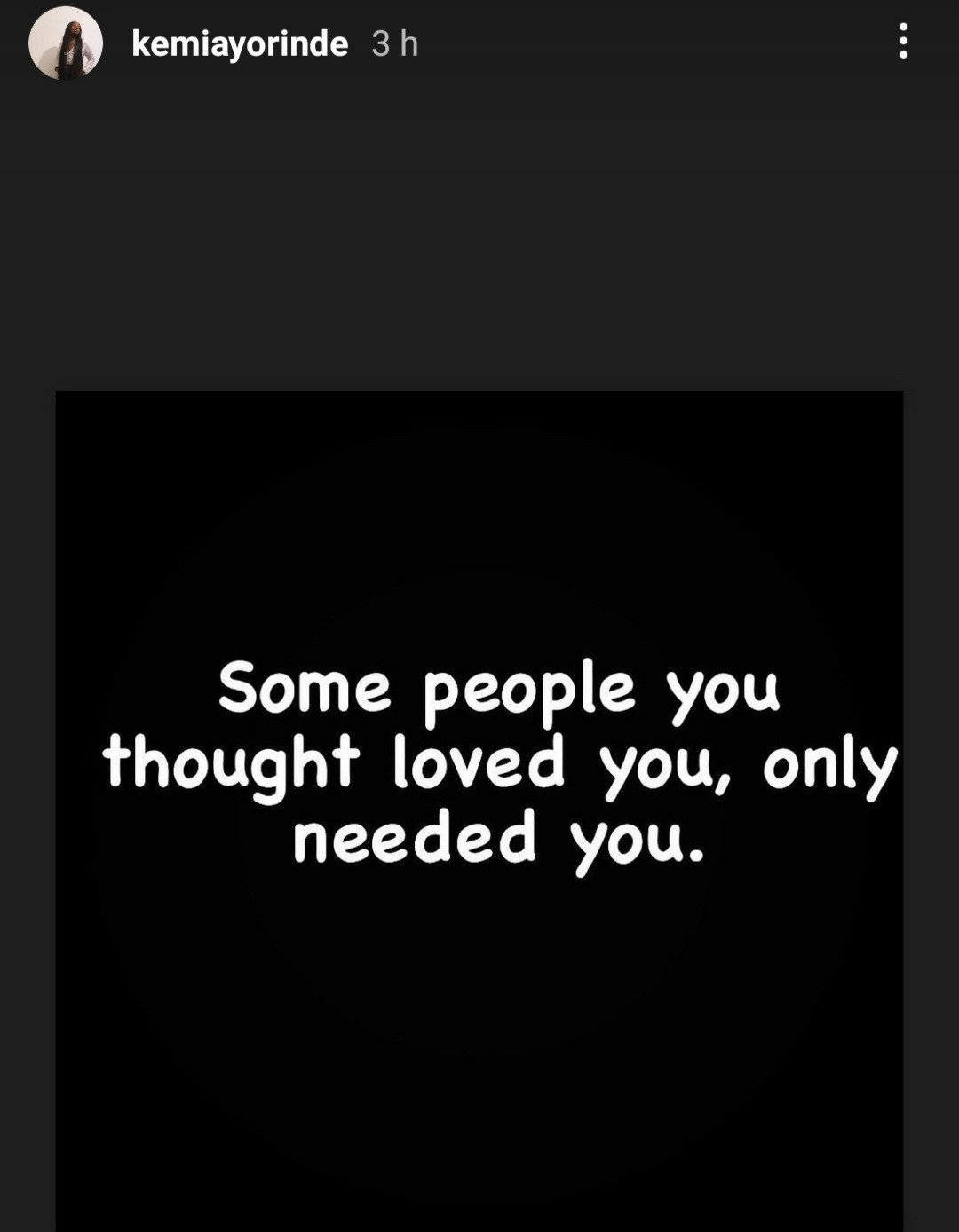 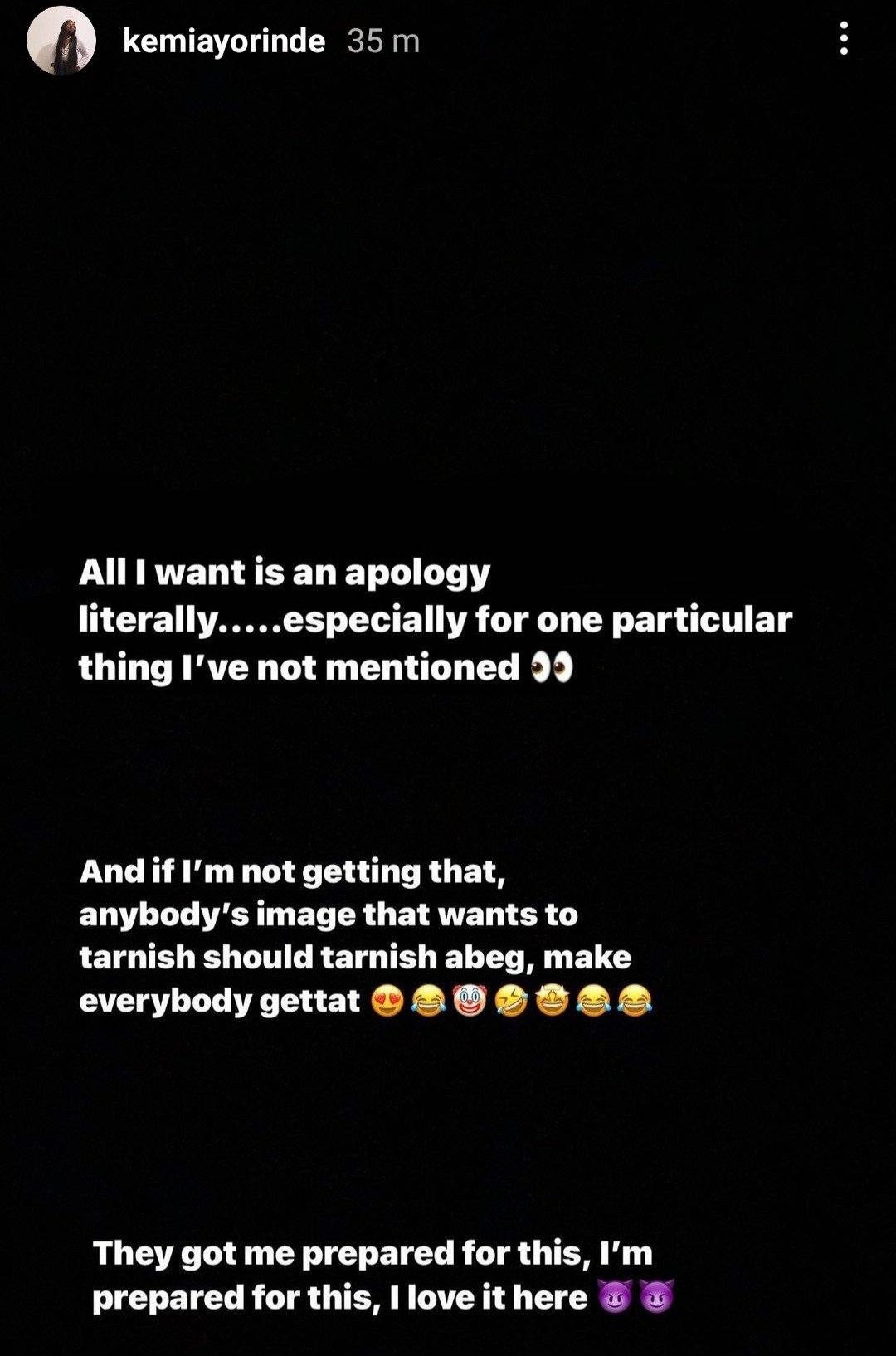 There has been no response to "BREAKING NEWS: Lyta’s Baby mama continues to drag him as she goes on a long rant about him not contributing financially"