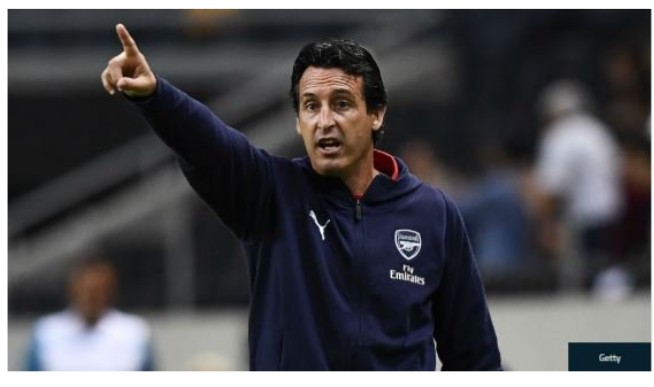 Former Manchester United captain, Gary Neville, has claimed that Arsenal players have been “uncoachable” under Unai Emery, after the Spaniard was fired on Friday.
Emery was dismissed hours after the Gunners lost 2-1 at home to Frankfurt in the Europa League.
Freddie Ljungberg has since been appointed on an interim basis.
Neville believes Arsenal’s defenders are to blame for Emery’s departure.
“It has been messy, let’s be clear about this, these defenders like [Shkodran] Mustafi, Sokratis and [David] Luiz are uncoachable,” Neville told Sky Sports News.
“I don’t know who has been responsible for recruitment over the last few years, but if I was on the board at Arsenal I would be giving them a right rocketing.
“There’s no way Emery is telling [David] Luiz to step up two, three times to catch a player offside, or even some of the hideous things you see from other defenders.
“You see what happened with [Granit] Xhaka the other week, Emery is a man of honour and this runs far deeper than just the coach.
“He might be feeling quite happy to leave behind what is quite simply an average bunch of players.”
Tweet

There has been no response to "[sports] PREMIER LEAGUE!! 3 Arsenal Players Blamed For Unai Emery’s Sack"