BREAKING NEWS: 21 passengers abducted in Niger state have been released 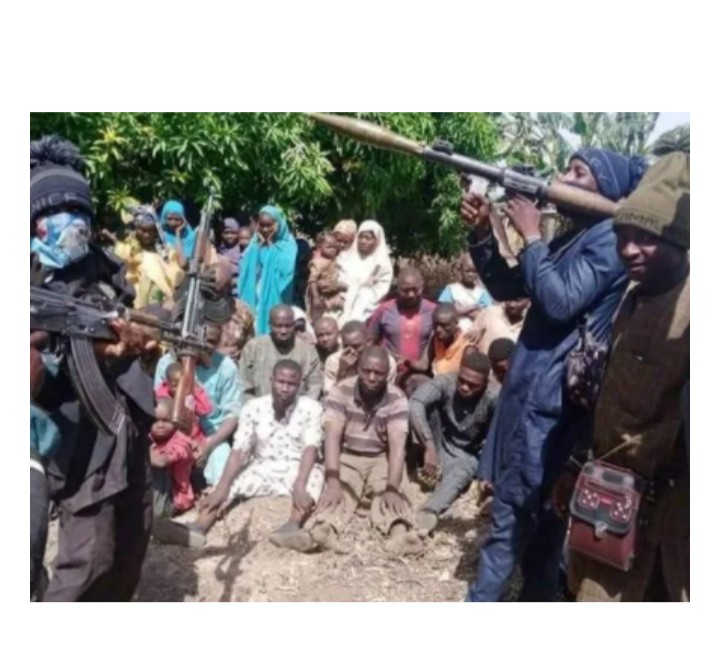 He announced their release on Twitter on Sunday, February 21.

The 21 passengers were abducted by the bandits, while traveling from Kontagora to Minna on 14 February. On 17 February, the RPG wielding bandits released video and photos of the captives, threatening to kill them.

Governor Bello did not indicate whether a ransom was paid to get the captives released.

''We are pleased to announce to the general public the release of the NSTA passengers abducted a week ago while returning to Minna along the Minna-Zungeru road.''his tweet read 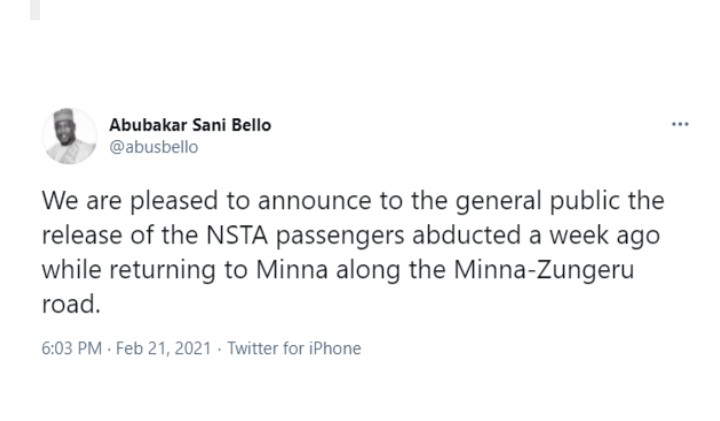 There has been no response to "BREAKING NEWS: 21 passengers abducted in Niger state have been released"