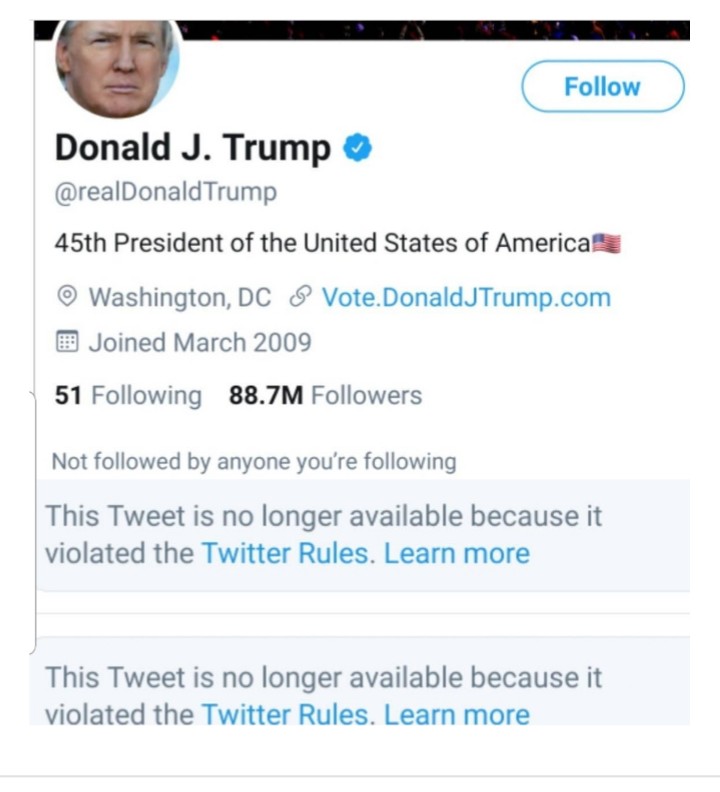 Twitter has permanently suspended Donald Trump's account two days after the siege at the Capitol that led to the death of five people and a few hours after he tweeted that he will not be attending Biden's inauguration.

Twitter explained why they took the decision in a statement they released a few hours ago.

"After close review of recent Tweets from the @realDonaldTrump account and the context around them — specifically how they are being received and interpreted on and off Twitter — we have permanently suspended the account due to the risk of further incitement of violence,” the company said.

A close check of Trump’s page, with 88m followers, shows no posts at all.

There has been no response to "NEWS: Donald Trump Permanently Suspended From Twitter After Siege At Capitol That Took 5 Lives"