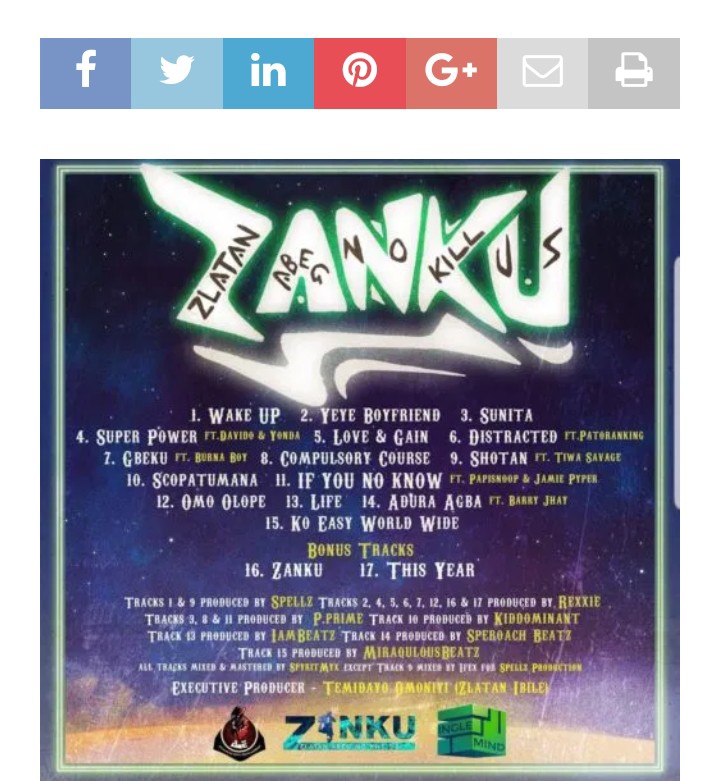 Indigenous rapper, Temidayo Omoniyi better known as Zlatan has finally dropped his much anticipated debut studio album “Zanku”.
This comes weeks after he hinted the title of the album featuring Patoranking.
The 17-track release, includes productions from Rexxie, Spellz, Kiddominant, and other prominent music producers.
The rapper collaborates with stars like Davido, Burna Boy, Tiwa Savage and others in the Nigerian music industry.
Announcing the release on his Twitter handle, Zlatan wrote “Enjoy my new album, “Zanku”
#ZLATAN19
✔
@Zlatan_Ibile
Enjoy my new Album “Zanku”   🙏

DOWNLOAD ALL THE TRACKS HERE
#ZankuTheAlbum
Zanku by Zlatan
Preview, download or stream Zanku by Zlatan
Earlier this year, the rapper was arrested by Economic and Financial Crimes Commission (EFCC) alongside his friend Naira Marley but was released few days later
Zlatan is believed to have launched his music career in 2011; came into the Nigerian music in 2017; and became more popular in 2018 following his feature on Chinko Ekun’s ‘Able God’.
Few days ago,he recounted his journey to stardom in a series of tweets where he explained how he did some menial jobs in his early years.
According to one of his tweets, he had worn only a pair of black jean back then in school. 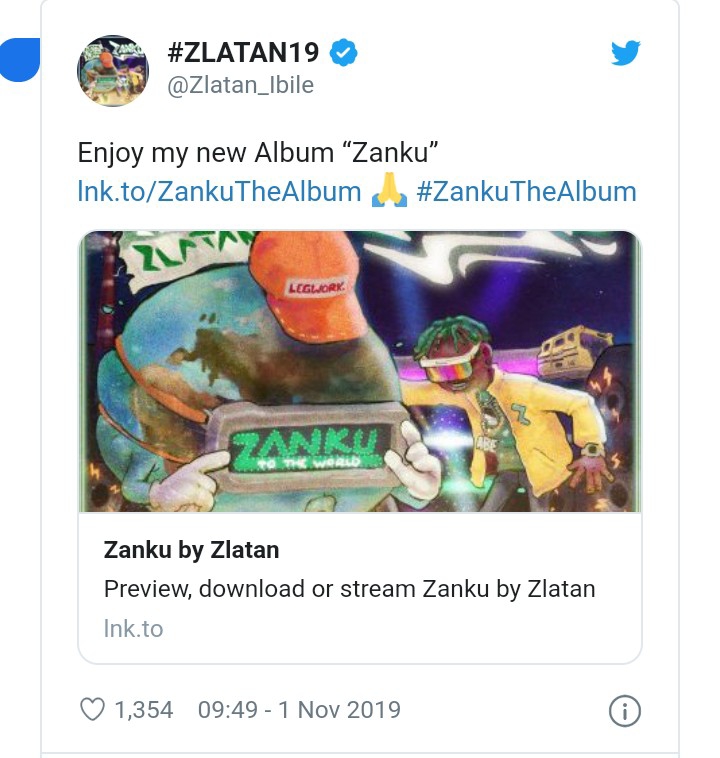 “One of my friend just remind me of when we get only one black jean trouser for skul then !! All we need to do to make it look fresh na just hot water and 20 naira dye” the rapper tweeted.
Tweet

There has been no response to "Zlatan unleashed zanku The Album"