Woman Dressed Up Fashionably, Made To Stand At Her Own Funeral 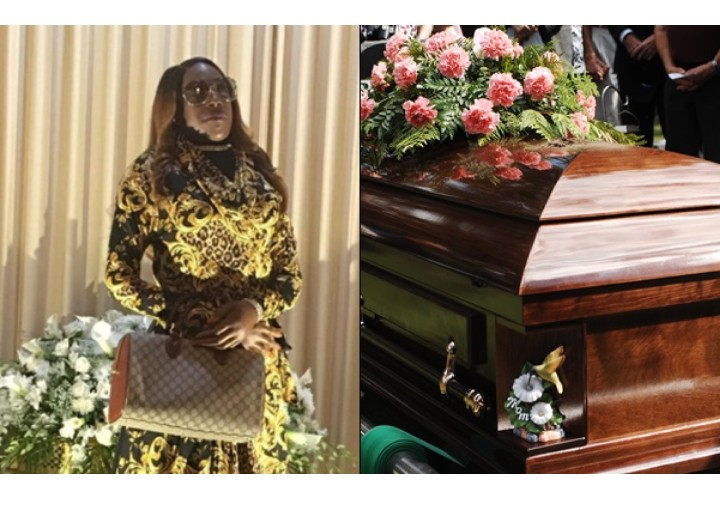 A viral photo has shown a woman standing at her own funeral.
The photo which was shared by a twitter user, described it as a commendable “improvement”.
The Twitter user, identified as Stravensky, said the lady died and during her funeral, the corpse was fashionably dressed up by her family and made to stand at her funeral.
This lady passed away and they have her body standing up at her #funeral. May look odd but this shows some real improvements” He wrote.
See the post 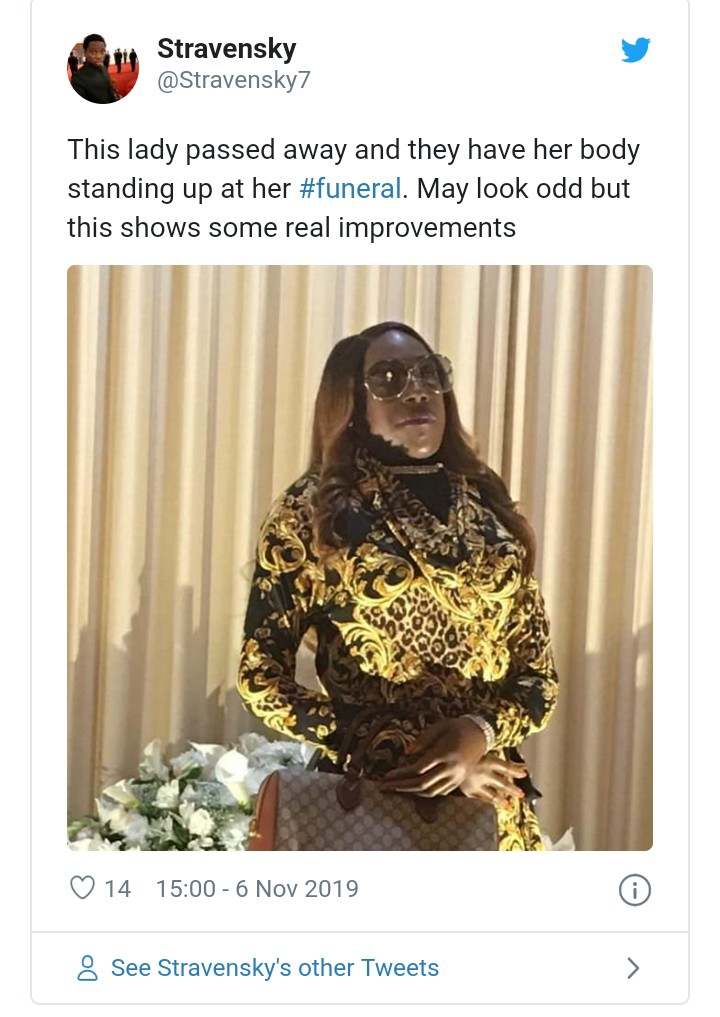 There has been no response to "Woman Dressed Up Fashionably, Made To Stand At Her Own Funeral"