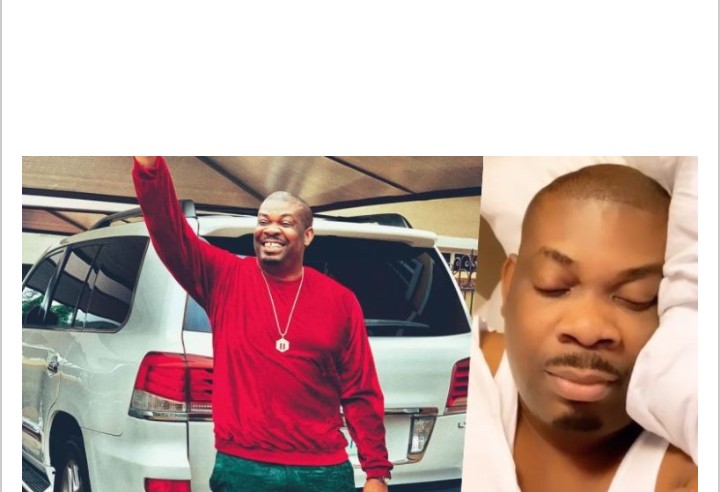 few weeks ago, Nigerian producer, artist manager, singer, songwriter and multi-instrumentalist, Bankulli visited Pulse Nigeria for an hour-long chat about his career, his come-up, his career as a manager and connector.
This was also on the back of his much-publicized singer-songwriter role on the critically acclaimed album, The Lion King: The Gift. The album is a soundtrack for the live-action remake of classic action adventure film, The Lion King. During the interview, he discussed how he got the name Bankulli and how D’Banj met Kanye West in 2010.
But one story that truly stands out from the loads of stories he told Pulse was how legendary Nigerian producer, Don Jazzy produced a song while sleeping. He says, “He’s proven to me that he can only be an extraordinary person to do what he’s doing – he’s beyond just an ordinary producer. Sometimes, some ideas he has come to light.
I’ll give you one situation – just one and I hope he (Don Jazzy) will permit me to say it. There was one time that I caught him. From sleep, Don Jazzy came to produce a song, he didn’t open his eyes… From his sleep, he came to the studio, produced a song and went back to sleep. He then came back to play it. He didn’t realize he was the one who produced it.
“We had to convince him that he produced it last night. When I say he’s an extraordinary person, I think he’s blessed and he was chosen. That’s why he’s successful. Everybody has their sunny and rainy time, but for him , he will be here for a long time.”
This story was confirmed by Dr. Sid in a chat with The Whole Truth on Accelerate TV. He says the song was ‘Close To You.’
Tweet