‘Gomez Can Clear His Head After His Injury’- England Boss Southgate 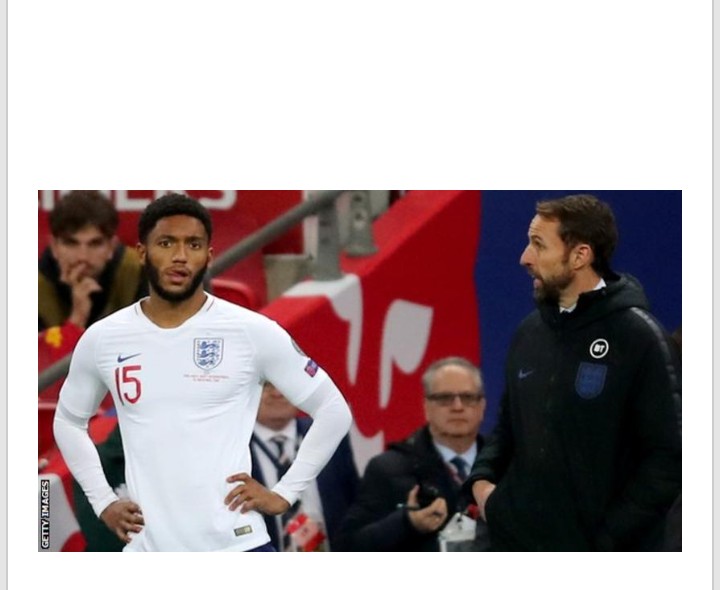 England boss Gareth Southgate says the injury to Joe Gomez gives him a chance to “clear his head” after the recent confrontation with Raheem Sterling.
Gomez injured his knee in training and pulled out of the squad for Sunday’s final Euro 2020 qualifier in Kosovo.
The defender has been under scrutiny following a clash with Sterling at England’s training camp on Monday.
“I think now is a good moment for him just to go home for a couple of days, clear his head,” Southgate said.
Gomez, 22, was booed as he came on as a substitute in the 7-0 win over Montenegro at Wembley on Thursday.
Sterling, who was left out of that match because of his altercation with Gomez, said it was wrong for fans to have booed the Liverpool defender.
Former Liverpool forward Sterling is expected to return to the England team in Kosovo.
“I think the fact that Raheem put out the tweet was real closure on that whole incident,” Southgate said.
“We get Raheem back on the pitch tomorrow. We won the match on Thursday and we can now just look forwards.
Tweet