Toyin Abraham’s ex-husband, Adeniyi Johnson calls out nosy follower who tried to disrespect his girlfriend, Seyi Edun.
The movie star had taken to his Instagram page, where he shared a throwback photo of himself and his new girlfriend, Seyi Edun.
“Epic throwback when were still casual friends before we started doing kini🙈🙄….,” he captioned the photo. 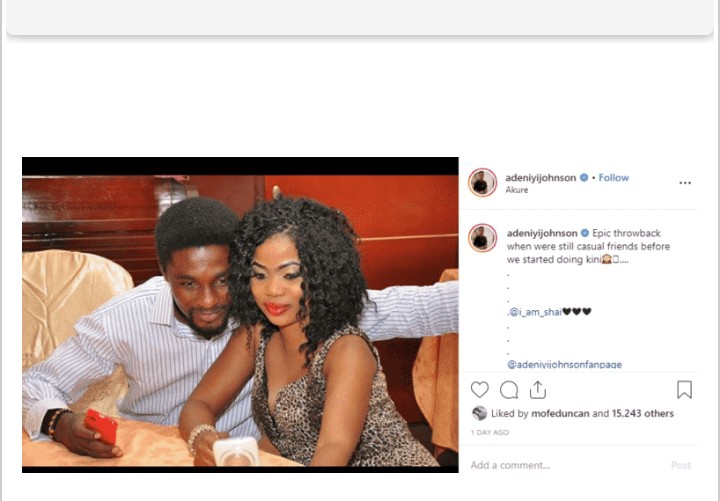 A troll who commented on the Instagram post, described Seyi as a maid who sent Johnson’s ex wife out and suddenly became the owner. The actor however fired back at the troll over the comment he said is untrue.
Adeniyi wrote “@moniolax Eeyah… you don’t have to show your stupidity here o… except what unsaid is true if not u will be replaced”
See screenshot of the exchange below; 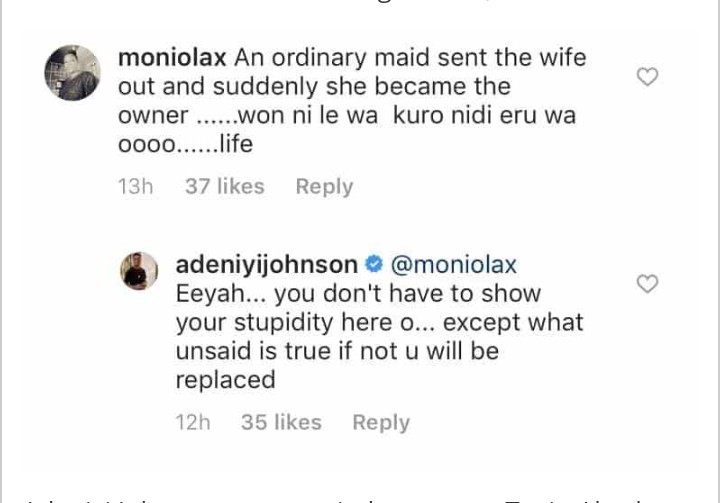 Adeniyi Johnson was married to actress Toyin Abraham. The former couple got married on Monday, July 8, 2013, at the Ikoyi Registry, Lagos. The actress filed for divorce on the grounds of infidelity in August 2015.
Tweet